The Castoff Children | The Sun Article 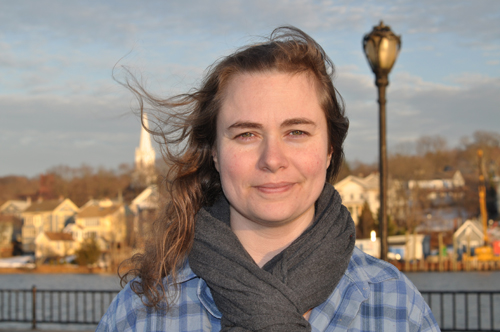 Read the Article on The Sun. >> 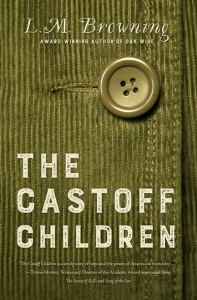 STONINGTON — L.M. Browning loves the city of Boston. When she walks around the old neighborhoods of Beacon Hill, she said, she’s transported back in time … and often feels inspired.

In her new book, “The Castoff Children,” a group of 12 castoff children come together to care for each other in the back alleys of Boston.

“In my mind, there was no other place for these children to live,” said Browning, whose novel is set to launch next Thursday at Mystic’s Bank Square Books at 6:30 p.m.

The book takes place in 1850, as the “old ways of hearth and home are being overturned, the industrial revolution is starting to build, and the Civil War is brewing,” said Browning.

Plagued by the unanswered questions surrounding their past and grief for loved ones lost, the children attempt to come to terms with the bitter truths that have defined their life thus far. Feeling forsaken, faced with prejudice, hostile gangs and in the hardest winter on record, the children find themselves on the ragged edge. Until a series of mysterious events begin taking place, making them feel that they are not as alone and helpless as they might have thought.

“I wanted to write a period series; something Dickensesque, and 1850 seemed to be the perfect starting point,” she said. “ … I thought it was an interesting intersection.”

Browning said she chose to make the lead characters children largely as a result of her mindset when she started writing the book.

It was during a phase when she was trying to reconnect with the fonder memories of her childhood, she said, and she kept returning to the books her mother used to read to her; books like “The Boxcar Children;” and “Anne of Green Gables” and “Little Women.”

“I was watching books like Harry Potter define a generation of young readers, and the whole experience made me want to write something for children,” she said.

Although “The Castoff Children,” Browning’s first venture into children’s literature, is geared toward middle-grade readers, she said it is “really is a cross-genre book.”

“Most of the readers reaching out to me thus far have been adults, and there was a great debate among the editors as to whether the book should be categorized as children or adult,” she said.

The book is very much relevant to adults, she added, “mainly because I don’t think I could focus on youth concerns alone … it is certainly a story for all ages.”

So far, she said, the book has received a number of good reviews.

One reader called it “Peter Pan and the Lost Boys meets Dickens on the streets of 19th-century Boston,” she said, and Tomm Moore, writer and director of the Academy Award-nominated films “The Secret of Kells” and “Song of the Sea,” said it is “a lovely story of hope and the power of dreams and friendship….”

The book is the first in a two-book series, said Browning, who is already at work on the second book, which will jump ahead about 12 years, putting the children — now adults — in the middle of the Civil War.