Seeking Guidance Beyond Our Comfort Zone: An Unanswered Letter I Sent to Dear Sugar by L.M. Browning 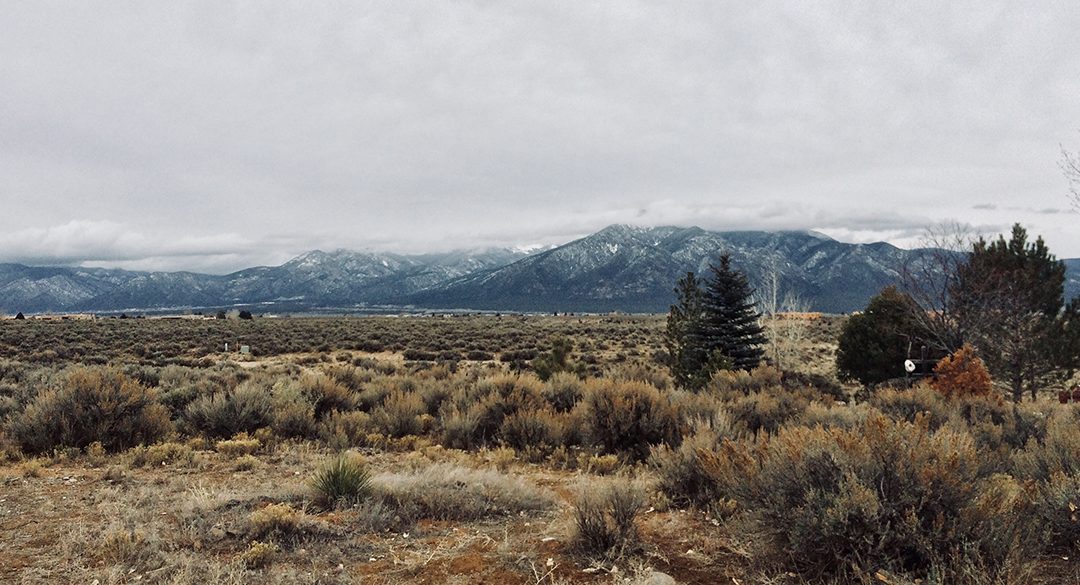 Seeking Guidance Beyond Our Comfort Zone: An Unanswered Letter I Sent to Dear Sugar

In the summer of 2017, I did something I’ve never done before: I wrote to an advice column, but not just any advice column. In a moment of fear and doubt, I penned a letter to Dear Sugar truly seeking the wisdom of the woman behind the “Sugar” moniker: Cheryl Strayed.

Strayed is best known for her memoir-turned-indie-film, Wild: From Lost to Found on the Pacific Crest Trail through which she tells the story of her own following her mother’s sudden and premature death from cancer and the subsequent personal crisis Strayed suffered as a result. I came across the strikingly-honest book while in a hospital bed recovering from the surgical reconstruction of my leg after a traumatic fall.

I was given a list of things I could no longer do by my orthopedic surgeon among them were: Skiing, skating, surfing, and backpacking. At the time I was given the list, I didn’t think much of it. Walking without a wheelchair or a walker seemed so far away let alone surfing or backpacking. I thought it would be great just to be able to walk to the bathroom without a production. I didn’t really care about anything else. The idea of doing anything—anything where my leg would be in danger of re-injury frightened me.

The longer I lay there in that recovery bed, however, the more rebellious I felt. I spent months not being able to do much of anything I wanted and slowly I found myself taking issue with that list the surgeon had given me.

I came back to a philosophy that had always served me well in my life: the watch me, philosophy. You know the way of which I speak . . . it is practiced when someone tells you that you cannot do something and, with a rising defiance, you respond, “Watch me,” and set about proving wrong all the naysayers.

The watch me philosophy propelled me through lean years when my family was as poor as a person in the Western world can be without being homeless and across the 10,000 miles I had to walk over the course of 8 years while sustaining my little family without a car in a small town without public transportation. The watch me philosophy pushed me through the diagnosis of dyslexia, (which came two weeks before my graduation from high school) and into the University of London where I received my Associates in Philosophy Harvard University’s Extensions school where I am currently working to get a B.A. in Creative Writing. My watch me philosophy carried me through my mid-20s to the moment when I opened Homebound Publications on nothing but $600.00 and saw it go on to tremendous success. And now, the philosophy would push me out of my recovery bed.

When the doctor told me I couldn’t backpack again, I defiantly ordered a new Osprey backpack and the tallest, sturdiest leather boots I could find right there from my bed where I confined for months of physical therapy. Turning to books penned by eco-venturing voices such as Barry Lopez, Annie Dillard, and Cheryl Stray.

I eventually recovered from my injury enough to move forward with my life. Only for further trauma to befall me. Only 15 months after my leg injury I suffered the miscarriage of twins and a period of severe mental strain, depression, and suicidal mindset. The story of this dark period is chronicled my forthcoming book, To Lose the Madness: Field Notes on Trauma, Loss and Radical Authenticity. The 10,000-word essay was cobbled together from journal entries I made throughout the time. I had originally written the essay for an Advance Narrative Nonfiction class I was taking at Harvard University Extension school as part of my Creative Writing degree. Unlike other books in my collected works, I wrote To Lose the Madness with absolutely no intention of sharing it.

It was when it became clear to me that the book needed to be published, that I wrote Sugar:

I know most of your listeners write you at their lowest moment, seeking the unpretentious-yet-insightful advice that only Sugar can give. I had my lowest moment a couple years ago. It involved the miscarriage of twins, a mental break, a bottle of pills, a train-wreck breakup, a cancer scare, and a traumatic fall that forced me to start where we all start: learning to walk again.

I was pulled out of that blast-crater-moment in my life by a dear friend who brought me away from the insanity and into the Sangre de Cristo mountains where, standing in front of a herd of wild buffalo, I came face to face with the terms we all must come to around the loss we face in this life.

I’m writing to you, dearest Sugar, to share my story, which is poised to be published as a book late next year. I wrote the piece and presented it for my advance narrative non-fiction course at Harvard as a way to “process” my own mental unraveling. After class, people began coming up to me privately telling me their stories of lost children, depression, and near suicide. It was as though my piece had given voice to this unspoken, hidden movement of wounded people struggling silently through each day. My admitting that I wasn’t okay gave them permission to admit they weren’t okay.

I—a hot mess in my own right—am going to share the story of my lowest moments with the world. When this book is published in a few months from now. The prospect of this is both exciting and terrifying. I am 35-years-old, Sugar, and I have no answers–not one. I used to believe in answers but I don’t anymore. Instead, I have only my journey and the time has come to own it. Only, I need the courage to do so, and not run away back into the wild where no one has to know just how broken I am.

So many of those closest to me have asked me, “Why share all this with the world? Why put this much of myself out there?” My answer is, “Because I’m broken. We’re all broken and right now we’re all isolated within that brokenness. The cure for the loneliness is connection—connection with that broken part of ourselves and with each other—and we can’t achieve that connection while pretending we are okay. We’re not okay.”

I have been told by colleagues that I am either, “very brave or very foolish” to share so much of myself with the world. So I come to you, Dear Sugar, asking if walking naked into the crowd to show our brokeness is ever a thing to be regretted. You who hold nothing back, who owns her flaws and mistakes and everything in between, if you had to choose, would you go back and share it all again. Should I?

I was the Hesitant Poet. I still am in many senses. I never heard back from Sugar, which isn’t surprising given the number of writers seeking her insight. But, turns out, I always had the answers I sought within me and what I was truly seeking was reassurance as I gathered the courage to own my journey and I was looking to Sugar—the Cheryl—remembering how she’d owned her story, recalling a line from Wild when, deeply flawed and fiercely honest she wrote,

Before my leg, before the miscarriage—before all the trauma that brought me to a halt in my life—I was lost. I was suffering a bout of what seemed like terminal emptiness and in the fever and fit, I allowed the emptiness to distort my character and lead me into all manner of shameful circumstance. I’d carried that shame as I thought back at all the regretful moments in my life that I wanted to take back. Until that is, after the despair, depression, injury, death and guilt, I realized that, before the breakdown, I used to hide the unsavory struggles of my past—flatten myself out socially so that I wouldn’t be so different that others would find me hard to understand and therefore embrace. I tried to make the messy, neat; the odd, normal; and the complex, simple. But in doing so I portrayed myself as a watered‐down version of who I am and eventually lost my truth among the white lies. Now I know, you can’t change what’s happened to you, or hide it, or spin it, or get over it. All you can do is hold it confidently knowing that the mistakes are yours but so too is the wisdom earned along the punishing passage. Suffering is the catalyst for transformation. The wounds don’t define us; how we went about surviving does. Oddity, in this sickened society of medicated despair, is a blessed state.

These truths became the foundation for my forthcoming book, the publication of which is set to drive me right off the cliff of my comfort zone. To Lose the Madness will be published April 10, 2018. Furthermore, I have since learned that I will give a TEDx Talk at Yale University a month before the release touching on the book; namely, the limits of our sanity in the face of successive trauma and our ability to transcend senseless suffering into something meaningful through a practice I call “radical authenticity,” which, at its core is simply a practice of owning your journey in an effort to both connect with your repressed pain and dispel the stigma around mental illness and other struggles.

Since writing Sugar, I have learned these three things: One: There is a power in vulnerability. Two: In this society of honed-personas, there is a gravity to authenticity. Three, and perhaps most importantly, I’ve there are times when we must leave our comfort zone. Why? Because what we need to flourish doesn’t lie within our comfort zone and so we must go outside it.