The Virtue of Doubt 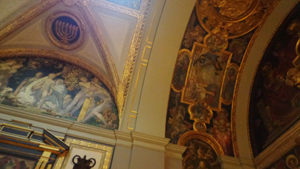 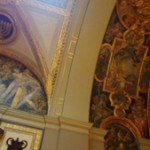 A Selection from Seasons of Contemplation: A Book of Midnight Meditations by L.M. Browning

The Virtue of Doubt

There is a taboo around questioning tradition or long-held doctrine but we must nonetheless dare to do so. We mustn’t fear being Godless for a time. We mustn’t fear setting aside all the beliefs we have held to be true. Periods of redefinition are healthy and necessary. Like a controlled burn in a forest that rids disease and encourages new growth. Doubt isn’t destructive; rather, it is reaffirming. One who has doubts simply requires the truth to prove itself. In the light of how abundant and convincing lies are in this age, doubt is not a weakness it is a form of prudence. Blind faith is dangerous, whereas doubt is cautious and educated.

Those teachers or communities that frown upon free-minded exchange do not show piety but fear—they fear that their own beliefs may be founded upon that which is false or perhaps that a hidden agenda will be revealed. We cannot have confidence in what we believe if our fidelity to it is founded upon obligation or desperation. One cannot have what is genuine while clinging to what is false. Only two things can come from our doubting something: either our doubt turns out to be warranted and we leave behind a lie or we return to the truth with a justified certainty. So what is there to be feared? Doubt is a tool of redefinition that in turn leads to reaffirmation and discovery.

Do not cling to your beliefs out of fear or complacency, either hold your beliefs confidently or question them until you find the clarity required. When you take up a set of beliefs in desperation, you will never know if what you believe is true or you simply need it to be.

For some, religion is a refuge, for others a foundation. Yet it often is used as a blanket we pull over our heads to protect us from the lurking monster of emptiness that we fear to face. Let your belief be composed of those few unalterable truths that neither time nor doubt are able to wear upon.

Question everything—no matter how beloved, or how long-held, or how exalted—without apology. Only those who build their world with lies need fear a free mind. The truth will remain, even after a storm of doubt and revolution has washed over it. The truth need not be defended. Only illusions need be protected.

Seasons of Contemplation: A Book of Midnight Meditations is now available in paperback and ebook wherever books are sold. For a signed copy, visit the bookstore.