Five Simple Things About Religion that I’ve Come to Believe 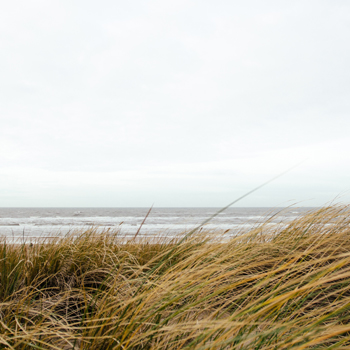 1. Abandon the institutions of religion. Religion has become a political arena—a rallying points for fanatics—a self-righteous guise for the self-centered individual. No, leave the institutions and instead dwell as the embodiment of your faith. The time has come for us to pursue the sacred/divine outside of a religious context. Let your actions write the doctrine of your religion.

2. Do not cling to your beliefs out of fear or complacency, either hold it confidently or question it until you find the clarity require. When you take up a set of beliefs in desperation, you will never know if what you belief is true or you simply need it to be. For some, religion is a refuge, for others a foundation. Yet it often is used as a blanket we pull over our heads to protect us from the lurking monster of emptiness we fear to face. Let your belief be composed of those few unalterable truths that neither time nor doubt are able to wear upon.

3. Question everything—no matter how beloved, or how long-held, or how exalted—without restraint, without guilt, and without apology. Only those who build their world with lies need fear a free mind. The truth will remain, even after a storm of doubt and revolution has washed over it, it need not be defended. Only illusions need be protected.

4. Do not hold a lazy faith. Miracles are not spontaneous events we must helplessly wait for. Miracles are an achievement accomplished by those who pushed themselves beyond what was thought possible while holding a belief in a better life.  Get up off your knees and roll up your selves.

5. Becoming aware of the dearness in what might otherwise be regarded as mundane is the ultimate form of insight.

L.M. Browning grew up in a small fishing village in Connecticut. A longtime student of religion, nature, art, and philosophy these themes permeate her work. In 2010, she wrote a three-title contemplative poetry series: Ruminations at Twilight, Oak Wise, and The Barren Plain. These three books went on to garner several accolades including a total of 3 pushcart-prize nominations and the Nautilus Gold Medal for Poetry in 2013. In late 2011 she followed up this success with her first full-length novel, The Nameless Man. In 2013 her title, Fleeting Moments of Fierce Clarity: Journal of a New England Poet, was named a finalist in the Next Generation Indie Book Awards (Best Regional Non-fiction). Balancing her passion for writing with her love of education and publishing, she is a graduate of the University of London and a Fellow with the League of Conservationist Writers. She is a partner at Hiraeth Press; Co-Founder of Written River: A Journal of Eco-Poetics as well as Founder and Editor-In-Chief of The Wayfarer: A Journal of Contemplative Literature. In 2011, she opened Homebound Publications—a rising independent publishing house based in New England. She currently working to complete her next degree at Harvard University’s Extension School in Cambridge, Massachusetts.

Her latest poetry collection, Vagabonds and Sundries: Poetic Remnants of Lives Past, is now available. She has two new short offerings coming out in April 2015: Seasons of Contemplation: A Book of Midnight Meditations and In the Hands of the Immortal Weaver: Poems of Sacredness and Belonging. She expects the release of her next novel, The Castoff Children in the autumn of 2016 through Homebound Publications.