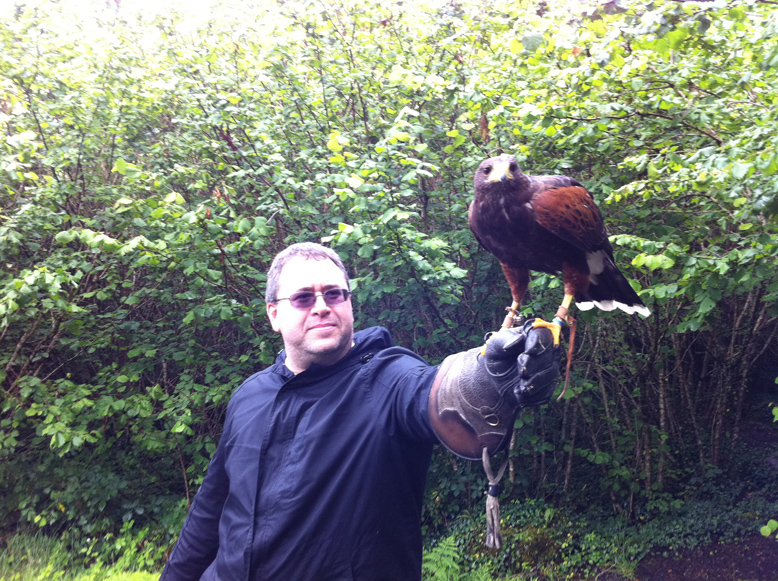 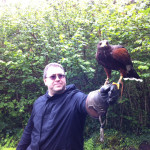 Leslie: Your poetry collection, Night, Mystery & Light is written in the Ghazal form. A style made famous by Rumi and Hafiz but semi-obscure in present poetic practices. What first sparked your interest in this form?

J.K.: In 1999 Robert Bly published a set of translations of the nineteenth century Indian poet Ghalib who wrote in the Ghazal form.  Ghalib wrote in Urdu and keeps the couplet form from the traditional Persian and Arabic of 18 syllables per line.  The Ghazal requires each couplet to be a complete poem and then you have to leap to another subject.  You have 36 syllables to say what you have to say and move on.  There are threads that bind and bond the couplets together into a complete poem but they are below the surface and subtle.  The Ghazal asks the reader to work to appreciate all the aspects of the poem as there are multiple levels at work at once.

Bly was also experimenting with the Ghazal form in English and published Abraham Called to the Stars in 2002.  He found the 18 syllable lines a bit long winded for our tongue and our lettering, so he adapted the 36 syllables into three lines of 12 syllables each.  Bly also adapted the Ghazal poem’s length to the six stanzas per poem, this frames the work nicely on a single page.  Hafiz, whom you mentioned, was the master of the Ghazal, some of his poems blaze on, couplet after couplet, almost endless.

I follow Bly’s form of the Ghazal.  I stated experimenting with the form in 2002 and employed the form almost exclusively after 2005.  Sometime in 2006 I began a serious practice of writing at least one Ghazal poem a month.  This is a regular creative practice for me now.  One thing that is unique about the Ghazals that I write is the naming of the poems.  I use the last few words of the poem itself as its title.

Leslie: When writing Night, Mystery & Light what were your muses? What themes are central to the collection?

J.K.: I usually start with a driving image or feeling or phrase.  I have notebooks and sketchbooks where I record ideas and notions.  There are so many demands on our attention in modern times that you do not have the luxury of just dropping everything and working on a poem, at least I do not have that splendor.  So I write stuff down.  Of course sometimes a note jotted on a napkin finds its way to the pocket and on into the wash.  You just keep working and next time, check your pockets.  In the glass blowing trade, when a piece falls to the floor in ruin, they call that a floor model and they start anew on the next piece.

I work pen & paper and keyboard.  Often, I will print a work in progress and then by hand compose and edit.  Sometimes I discover a blank page on the other side and scribble there too.  Final edits are on the keyboard.  This is the process that has developed over the years.

I am not sure you can say that there are central themes in Night, Mystery & Light.  I have said that I write poetry for my sanity and the pleasure of my friends. The poems take on more of a dreamscape quality; each stanza is a different place, a different feeling a different subject.  They are moments of discovery and adventure and reflection.  The themes of Nature, of the Soul and the Other World as well as the struggle against some aspects of modernity.  There is also a celebration of the creative life & frequent references to the icons of art & literature and their works.

Leslie: At the end of each poem, you pose a question to yourself. Some would have considered such a personal style of writing more suited to a journal rather than a collection meant for public consumption. What made you share these inner-musings with your readers?

J.K.: The Ghazal already demands a lot from the reader:  leaping from stanza to stanza, tracing subtle themes and undercurrents, looking up obscure reference here and there.  The reflective stanzas that address or refer to the poet by name allow the reader more personal access to the work.  The reader is overhearing a conversation between the poet and the poem.  This is another feature of the Ghazal and I use this technique in the final stanza or in the fifth stanza.   Ghalib and Hazif excel in this feature of the Ghazal.

I like your direction toward a personal journal.  There is this reality that a piece of the artist is in the art, so it is personal.  Add to that the underlying chronology of my practice to write one poem a month.  Even with a wealth of archived notes, the actual writing is happening in the now, the moment, the times that surround us.  All that is there, inescapable.

Leslie: The collection was met with a warm reception. Can you tell us a memorable moment from one of your readings?

J.K.: On several occasions people who enjoy my poetry in print have commented that hearing the poetry spoken aloud is much more powerful.  Poetry should be heard.  We discussed my process earlier; I forgot to mention that I also recite my poems aloud during the final edits.  I enjoy reciting poetry, all those poets we have already mentioned, Rumi, Hafiz, Bly and many others.   That sense of hearing the spoken word probably comes from my mother who read me Dr. Seuss, Rudyard Kipling and Edgar Allan Poe to me when I was young.

Leslie: Since releasing your collection you have been translating some poems of Kabir’s. Tell us a little about this new project.

I have enjoyed Bly’s versions of Kabir for many years.  For our readers who are not familiar with Kabir, he is an Indian poet from the fifteenth and sixteenth century.  Kabir is a revered figure in India, he made a living weaving cloth and teaching the ways of the Divine and composing & reciting poems. In February of 2012 a friend posted a link on a social network for a documentary film about Kabir and the late classical Indian musician Kumar Gandharva.  Bly versions of Kabir are rewrites of Rabindranath Tagore’s Victorian English translations into post-Vietnam War American.  That film motivated me to get deeper into Tagore’s Kabir which was translated from Bengali.  I downloaded “Songs of Kabir” for free on to my iPad and took in the poems one after another.  They were different from Bly’s, a fresh voice that harkened to the film I had just seen.  Then the idea came to me to rewrite the Victorian English into twenty-first century American.  So I got to work.  My own versions of Kabir  are free verse poems and make a nice contrast to the Ghazal form.  I take some artistic license but stay with the essence of the poem.

Two of my versions of Kabir poems appear in The Wayfarer’s Spring 2013 issue published by Homebound Publications.  There are 100 poems translated by Tagore and I am about half way through, doing my favorites and the shorter poems first.  My hope is that these versions be published together as a book of poetry.

Leslie: What are your plans for the future?

My plans in general are to keep celebrating the creative spirit, nurturing and developing that power in myself and in others.  For me that is poetry and glass art and book art.   This means filling notebooks and sketchbooks with ideas, concepts, visions and then mining them for inspiration later as the opportunities or needs surface.  So making art and also teaching a few workshops and of course some more poetry readings.

As far as future poetry projects, there are several.  We have already talked about the “versions of Kabir” poems and there are the monthly Ghazal poems that will probably form a new collection soon.  I am working on a book of poems inspired by the Spanish poet Federico Garcia Lorca’s last collection of poems Divan de Tamarit.  Those poems are a surreal treatment of Desire & Death and the complex swirl of emotions found there.  I have been collecting every English translation of the poems I can find as well as the source Spanish work.  There are over twenty poems in Lorca’s Divan, so if each poem inspires two or three works of my own that that is a book of about 60 poems.  My vision here is to write the inspired poems in seven stanza Ghazals, where one of the stanzas address me, and one of the stanzas will address Lorca.  I have been working on this since April 2010, I have lots and lots of notes and fragments but the first finished poem is yet to be written.  A likely spin-off of this project is my own set of English translations of the Divan de Tamarit.  So that is three or four poetry projects.  I like to say “the future is a strange and wonderful place, I will see you there.”  Who knows what else might emerge.

Night, Mystery & Light is now available in our bookstore.