An Interview with Eric D. Lehman 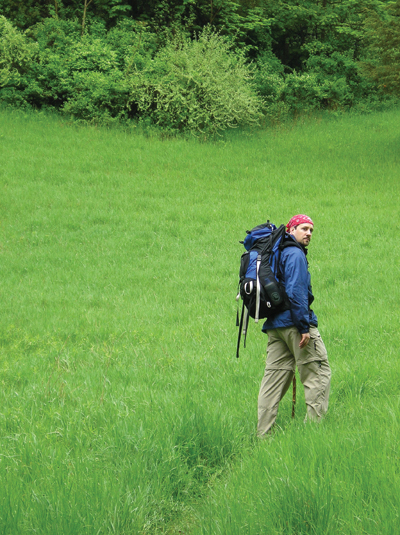 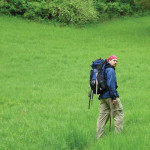 Eric: I love food and wine, and I enjoy writing history, but I came to love Connecticut first through walking the trails and discovering the natural world. So this book is much closer to my heart.

I hope it inspires other people to get out of their cars and take to the trails, because that is the best way, some would say the only way, to know a place.  And I think that knowing and understanding where you live is an important part of knowing yourself.

Leslie: If you had to choose a favorite moment or a favorite hideaway in Connecticut what/where would it be?

Eric: Oh boy, there are so many—I’ve included many of those moments and hideaways in the book, of course. If you like to camp then I’d have to say Macedonia Brook State Park outside of Kent is possibly the most beautiful place I’ve spent a night. And if you’re not the sort who likes to sleep on the ground, then the Old Riverton Inn; it will always be close to my heart, because that’s where I was married, in a small ceremony with friends and family in front of a roaring fire on an autumn evening. I guess that’s probably my favorite moment, too.

Leslie: In the book there are many wonderful stories to be savored but there are, of course, those rock-bottom moments. One particular trip that comes to mind is when you and a friend trekked across Connecticut. That trip was grueling; you two ran into many obstacles, everything from bad weather to massive blisters. Did you regret setting out on the trip?

Eric: Absolutely not. As I say in the book, the struggle makes us not only stronger but better people, and I’m much better for going on that walk. That one day, though, when we hiked close to 25 miles, through that rainstorm… That was probably the hardest single day of hiking I’ve ever done, and I’ve hiked the Inca Trail to Machu Picchu. I’ve never hallucinated because of fatigue like that before or since.

Leslie: You are a professor of Creative Writing at Bridgeport University. At one point in the book, you tell stories of taking students out into the field to learn about the natural history of the Connecticut countryside. During these excursions you did several interesting things with them, everything from pointing out rock formations to rappelling. When reading that section, all I could think was how much I would love to take such a hands-on course. Were you ever able to build a class around that idea?

Eric: Unfortunately not. Apparently there are insurance issues, etc. I was doing all that on the “down low,” as the kids said gleefully. I actually did far more of it than I described in the book, with students at Quinnipiac University, Southern Connecticut State University, and the University of Bridgeport. One of my favorite things to do is take students on what seems to be an ordinary hike in the woods, but with a secret destination—a ruined house foundation, a frog pond, or an abandoned lighthouse.

L.M.: What was the most interesting thing you have discovered about the natural history of Connecticut during your treks?

Eric: I think it was when I saw coyotes here in Connecticut, and realized that they were much larger than the ones I had seen out West. I looked into this phenomenon, and found that some scientists believe that they bred with wolves in Ontario before coming here, and that’s how they got so large. When you’re hiking alone and you happen upon a pack of coyotes that size…suddenly you are no longer in the safe, modern suburban world, even if you are only a couple miles from your house.

Eric: I had already started writing the book when I met her, and it really became the perfect ending to the story. I had spent seven years on my own in Connecticut before I met her, and had already fallen in love with the state. So, it was great to find someone to share that with, someone who had lived in Connecticut all her life, but had not really paid much attention to the natural history of it. Now she loves Connecticut in the same ways I do.

She has published a number of poems in which I feature prominently, so she can’t complain about appearing in Afoot in Connecticut! Despite a mild embarrassment, she loves the book, especially the themes of discovery and nature.

Leslie: In the book you describe on one of your first dates together with Amy, during which you took her on a hike as a way to share your passion for the wilderness with her. The date ends with her stepping on a bee’s nest. While she seemed to tough her way through, has that deterred you from taking hikes together or is she still your trail companion?

Eric: She is still most definitely my trail companion: we hiked the White Mountains shortly after that experience. She claims that the bees were just doing their duty, and had no problem going out again…after a few days with antihistamines and calamine lotion.

See her poem about the experience here: http://www.lochravenreview.net/2006spring/nawrocki.html

Leslie: Glad to hear she didn’t let the experience sour the outdoors for her. Finally, to close things out, what is next for you?

Since I’m very quickly destroying my knees hiking, I think I’ll bike around New England next. Amy and I rode from New Haven to Massachusetts last summer, so that’s a good start.

Afoot in Connecticut will be released May 4th on paperback and ebook editions with an audio edition to follow in late summer. If you would like to pre-order a copy visit our bookstore and save 25%.