During the Long Day, Over the Sacred Night | A Preview of Fleeting Moments of Fierce Clarity by L.M. Browning 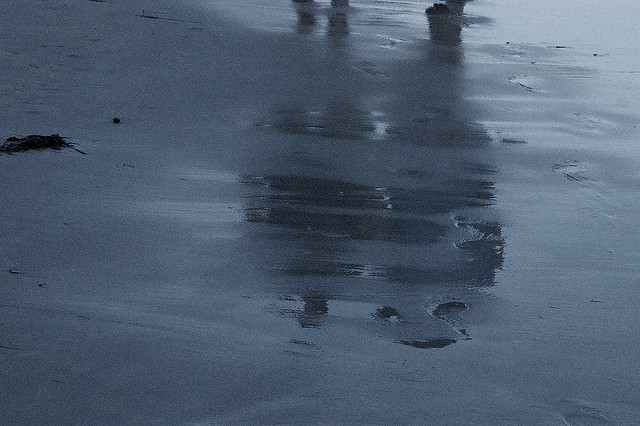 During the Long Day

Over the Sacred Night

[A Poem and Journal Entry Excerpt from Fleeting Moments of Fierce Clarity: Journal of a New England Poet | Forthcoming October 28, 2012 from Homebound Publications ]

Hardly conscious, we never truly saw each other—not really. I saw him as what I needed him to be and he saw me as what he needed me to be—both of us trying to mold one another rather than know one another. There was no malicious desire to distort each other; rather, we each were desperate for company in a lonely time.

Eventually, the desperation lifted and we saw one another for the first time, fully conscious. The facades we imposed upon each other lifted when the despair that compelled us to construct them did and standing face to face without illusions, we found we were not a match. We surfaced from our despair; we sobered, the engagement was broken and the high hopes of two youths came crashing down.

In our loneliness and our need for love and approval, we sell ourselves for so little. The life of the modern man is an evolution of vices. From youth into old age we swap one dependency for another. Never knowing ourselves without the distortive presence of detrimental yearnings.

We need not content ourselves with being alone; rather, we must learn to bear being alone without letting loneliness drive us to reach out to anything or anyone in desperation. When we are desperate, we are willing to abandon ourselves if it means the end of our suffering.

When it comes to it, it is quite simple: You cannot be loved for who you are unless you are willing to actually be who you are.

Over the Long Day, Over the Sacred Night

The dawn and dusk.

I lost my self-worth.

In trying to survive

I sold what gave the days meaning.

In seeking the truth

I discovered the extent of lies.

While needing your love

I altered myself to gain embrace.

In needing to believe,

I let myself be deceived.

While telling my story to you

Your fictions became my biology.

Was no longer upon me,

I could see myself.

That opened while you slept,

I could hear myself.

Detoxified of that need for your touch,

I could feel myself.

In the gulf between worlds

Where body and Being are in harmony,

I remembered the whole of what I am.

In the absence of desperation,

I gave myself the freedom to be

And came to love what lies within.

In the absence of desperation,

I gave myself the freedom to be

And came to love what lies within.

Journal of a New England Poet

This title will be released on October 28, 2012 | Pre-order now!
Ships from and sold by Homebound Publications.

Fleeting moments of fierce clarity are had when the confusion clears and the gray numbness that hangs about our senses draws back allowing us to see the world and ourselves with sharp relief.

Follow author and New England native L.M. Browning in her wanderings across the Northeast, from the solitude of her home along the shore of Connecticut, to the rushing city streets of Boston, to the tall-pine landscape of Arcadia Park in Rhode Island to the quiet edges of Walden Pond.