Roots in the Sea 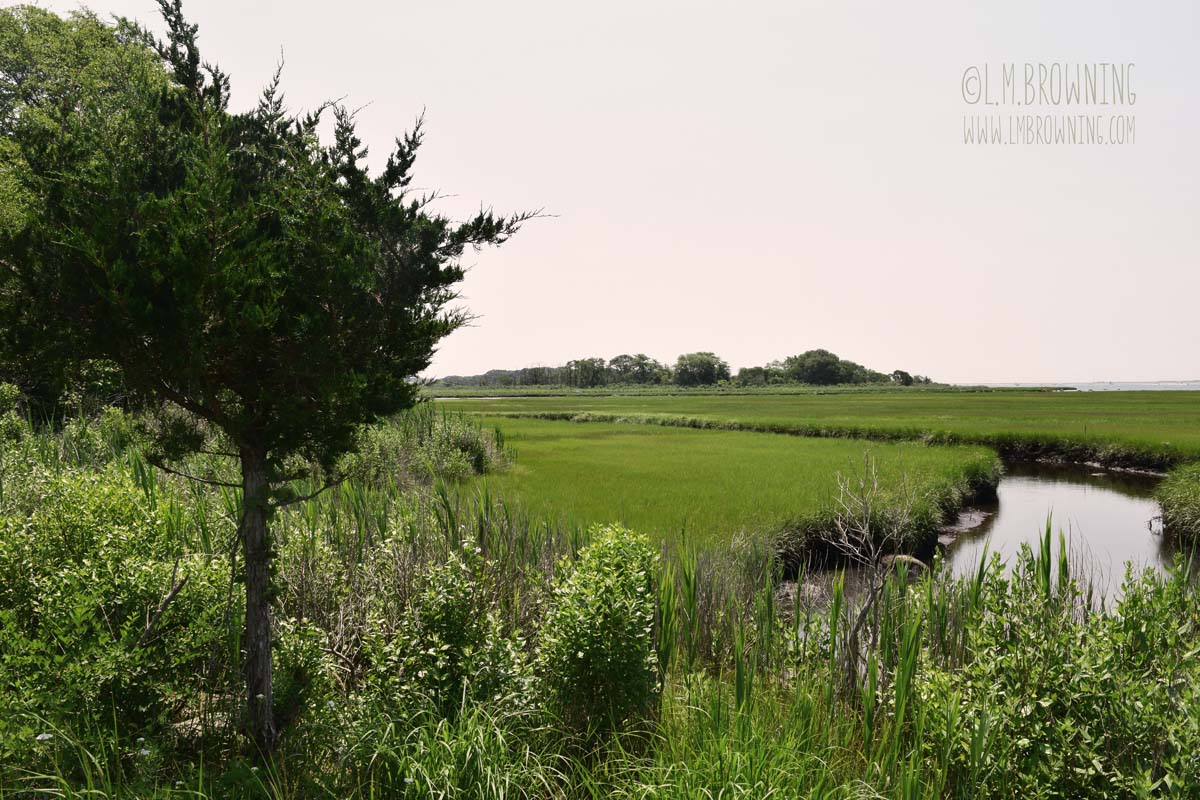 There is a hidden away spot in Stonington, Connecticut named Barn Island. It is a tidal salt marsh along the shores of Little Narragansett Bay—an inlet of the Atlantic Ocean converging with the estuary of the Pawcatuck River along the southeastern border of Connecticut and Rhode Island.

Barn Island is, in my opinion, an undervalued treasure of New London County. The preserve is a network of winding blue waterways cutting through thickly-reeded banks, leading visitors along untouched shores.

Mainly frequented by fisherman and local naturalists, the paths are rather overgrown in places; nevertheless, on a cool autumn day there is nothing better than a hike along the shore and a chance to take in some sea air. 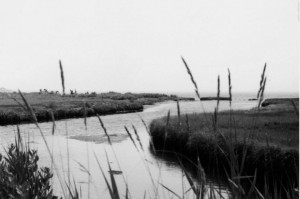 We (myself and Andy, my dearest friend, fiance, and unnamed companion throughout many of my New England rambles) had gone for a hike along the paths one afternoon, unwisely we choose a rather hot day in mid-July to make this venture. On that day, the hike was short and the picnic long. We managed to enjoy the walk despite the inferno. Andy cheerfully put up with my shutterbug habits and naturalist observations as we meandered along the coastal trails.

The embanked trails cut through the salt marsh acting like bridges between bits of wooded land. It was as we passed through one of these wooded points that I began pondering the life of the trees around us and how, unlike their land-locked fellows just inland, the roots of these trees drank in the Atlantic. Coursing through the fibers of these trees—circulating through their rings—are the tides of New England.

Roots in the Sea

The channels of sea
Meander through the dense reeds.

The paths through
The salt marsh
Leading out to open waters.

Sauntering for a time
Among the oaks
Whose roots soak in the brine.

—Roots of the Sea is an excerpt from Fleeting Moments of Fierce Clarity: Journal of a New England Poet